I think we all start our bonsai journey something like this....... 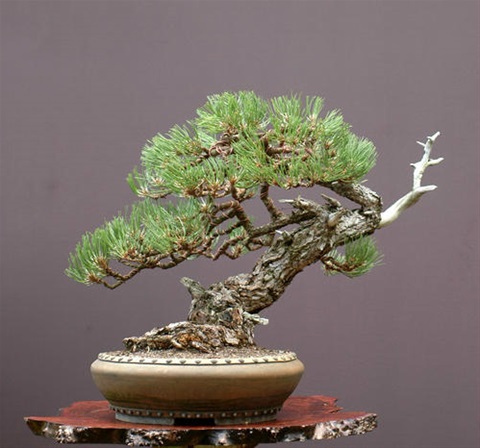 This beautiful Ponderosa pine tree is from a collector in Hungary. More than likely collected from the wild and styled into the natural look it has here. Each branch has been wired to achieve a slightly 'windswept' appearance of a tree battling against the elements. The photo was taken back in 2009 so, I would think that the majority of the wire has been removed.

I have to admit that my first encounter with bonsai was with a 'seed kit'! A Japanese Black Pine to be precise, the picture on the box is reminiscent of this photo. In the box were nine seeds, two plastic pots, one for germinating the seeds and the other  (a mini bonsai pot) for transplanting the 'tree' into, along with some compost.

Anyway, after 4 years of impatiently waiting for the 'bonsai' to appear, I was left staring at a 'pencil thick' stick in a pot with three branches which were about tooth-pick thickness! One is still alive, at 22 years old, with friends Jersey, C.I., it actually looks 'interesting' is probably the only way to describe it.

As long as you have a good life-span in front of you the starting from seed 'can' be rewarding, it depends on  what you want from bonsai I suppose.....Each to their own! 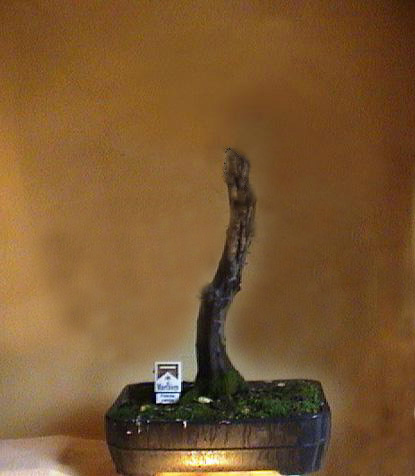 A Few Images I Unearthed From 2006

Probably the biggest challenge I took on was while living in France in the early nineties.

The Challenge; Sawing a 20 foot tall European Hornbeam (Carpinus Betulas) down to a stump of about two feet tall and around four hours spent digging, sawing, cutting and finally up-rooting the stump, I carried it home wrapped in a wet towel.

I've lost the original photo so a little bit of amateur 'photo-shop' has returned the tree to original 'collected' appearance. The trunk and roots were what appealed to me, incidentally when potted the tree was just a stump; not one single branch! 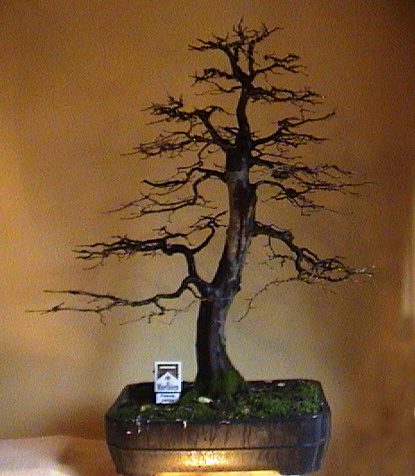 I was often tempted, during the first few years, to try grafting branches to the trunk as I had three Hornbeam forests that I could have used for the branches. I decided on 'patience'.....which I reckon with hindsight was the best route to take. 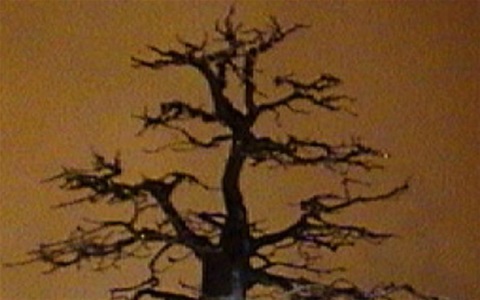 A rather poor image showing the ramification of the newly created 'crown' of the tree......so much 'wiring' was used to achieve this. 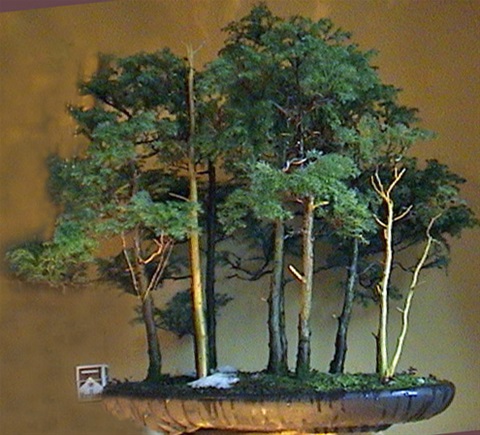 All my collection that was left in the UK were kept on video, I will in time upload some footage of my trees, it consisted of European trees that would have surely died in the Dubai climate. It would be possible, but would require some very expensive equipment and housing, sort of the opposite to a greenhouse with seasonal and climatic conditions.

I have managed to locate a few images from the depths of my external hard-drive storage, not great quality but I've posted them here just for your interest and comments. 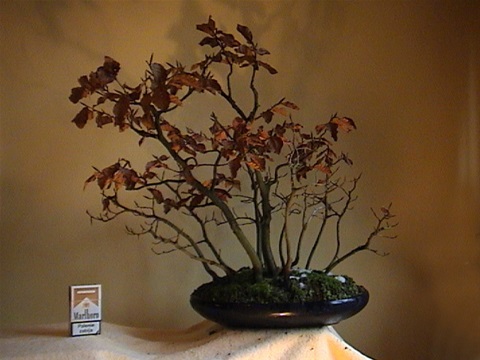 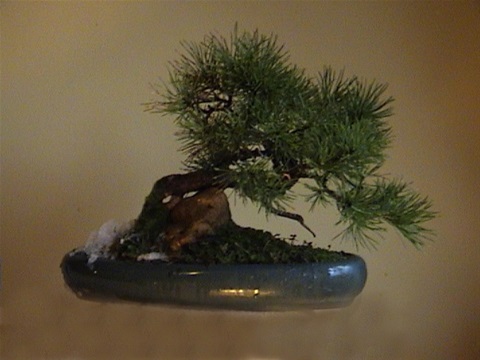 A little Mugo Pine 'over-rock' style, you can see the snow to the left of the image!